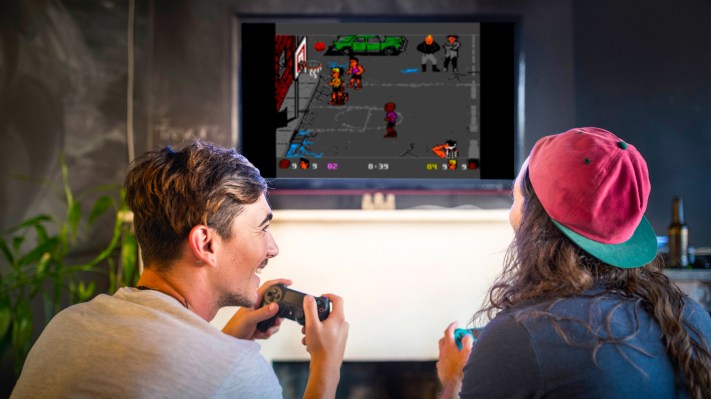 Plex, the media software maker that’s expanded into streaming in recent years, is adding to its service once again with today’s launch of game streaming. Unlike other game streaming efforts from companies like Microsoft or Google, the new “Plex Arcade” isn’t focused on top gaming titles and new releases, but rather on retro games. At launch, the service is offering around 30 games, including titles like Asteroids, Centipede, Missile Command, Adventure and Ninja Golf.

The game streaming service was spun out of Plex’s in-house incubator, Plex Labs, and represents more of a passion project for the company, rather than some larger shift in direction, we’re told. The technology to make it available was already 95% built, so the team decided to put together the game streaming service as a surprise for users, as well as a way to expand Plex’s core mission of becoming a broader entertainment platform.

The company says it actually kicked around the idea of adding games to Plex for years, but over the course of 2020 in particular, the team was drawn to the idea even more out of personal interest and a need for a distraction.

The game service was built with the help of new partner Parsec and its underlying, low-latency streaming technology, Plex says. This made it possible to bring fully playable game libraries to Plex.

To build the game library, Plex partnered with Atari to license a catalog of classic titles.

Due to the partnership and licensing fees involved with the project, Plex Arcade will not be a free addition.

Instead, it will be offered as a separate subscription for $2.99 per month for existing Plex Pass subscribers (Plex’s existing $4.99/mo plan). For nonsubscribers, Plex Arcade is $4.99 per month. A free, 7-day trial is also available.

Plex Arcade’s server will require either a Windows or Mac to run (due to Parsec’s limitations), which means it won’t work on Linux, NAS devices or NVIDIA Shield. Gameplay, meanwhile, is restricted to iOS, Android (mobile or TV), tvOS and the Chrome web browser.

It will also support Bluetooth and USB game controllers that are compatible with your device, or you can use a keyboard for Chrome-based gaming. Plex recommends the Sony DualShock 4 or Xbox One controller for the best results. 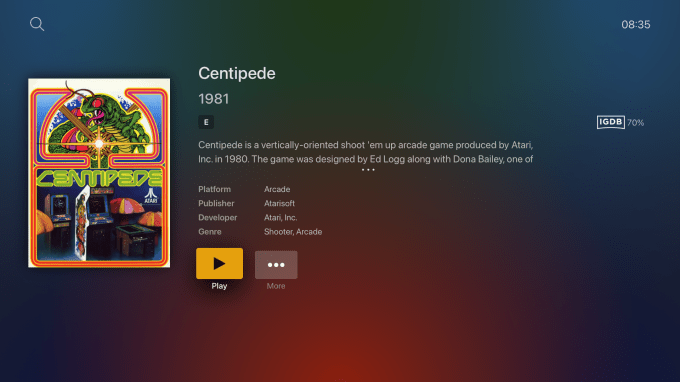 The company is taking a wait-and-see approach to expanding the service over time. If it demonstrates interest and traction in the form of subscriptions, Plex may consider growing it further.

Plex Arcade is the latest addition to what’s now a growing lineup of entertainment options for Plex users.

Over the past several years, the media software company has moved beyond being a tool to organize home media collections to also allow users to do things like stream live TV from an antenna or via the web, listen to music and podcasts, watch ad-supported movies and TV, watch the news and more.

These efforts are slowly paying off in terms of user growth. In 2017, Plex had 10 million registered users. A couple of years later, it had 15 million. Today, Plex says it has 25 million users.

Plex Arcade is available as of today.