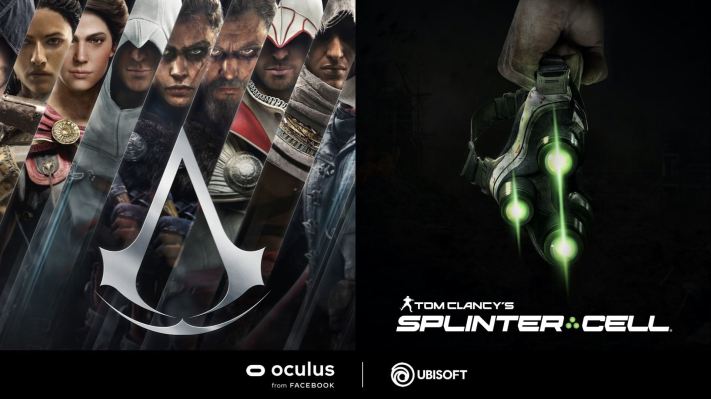 One of the biggest complaints around VR is the same issue that’s plagued generations of gaming platforms: content. A console is only as good as its games, as the saying goes. Today at Facebook Connect, however, Oculus just added two of gaming’s biggest franchises to its slate of upcoming titles.

Ubisoft marked the event by announcing that it will be bringing Assassin’s Creed and Splinter Cell games to VR. The key details are still extremely thin at the moment, but the gaming giant calls them both “new, made-for-VR,” implying that they’ll be more than just ports of existing games.

Production for both is being spearheaded by Ubisoft’s Red Storm subsidiary. The developer has been working on Tom Clancy titles since the late-90s. It’s also behind a handful of VR titles, including 2017’s Star Trek: Bridge Crew.

More details — including timing — will be available closer to launch. Whenever that is.